It's always great when you find a new place for dinner and it's even better when it's only 5 minutes walk from home!

Noggos Kitchen & Coffee opened recently in a small venue down the bottom of Peninsular Road in Maylands that has previously hosted a pizza bar and another cafe, that while OK, operated under erratic trading hours.

Fortunately for us and our neighbours the owners of Noggos have taken the brave decision to open 7 days for breakfast, lunch and dinner and so far it seems to being paying off.

The coffee is good and we've dropped in for breakfast which was OK but what really piqued our interest was some of the dinner items featured on their Facebook page. When a place like this starts talking about truffle dinners they either know how to cook or they're heading for a huge disaster.

There was only one way to find out so we headed in on a Wednesday night and the resounding answer is yes, they can cook!

The menu is not huge but this is a good thing as it means the kitchen can focus on getting a smaller number of dishes right rather than churning out a large number of average plates. Having said that most of the culinary bases are covered, meat, fish, pasta including a few dishes to satisfy our often overlooked vegetarian friends.

We started with smoked salmon and while the fish appeared to be an 'off the shelf' product the garnish of black garlic aioli, pickled daikon, garlic chips and soy and mirin dressing was anything but.

Mains took things up a notch with lamb kleftico - slow cooked shoulder with ratatouille and tzatziki. While this sounds like a bit of a clash of cultures it worked. The lamb was moist, falling apart but still retaining plenty of flavour. No boil in the bag work going on here.

Our second dish was house made ricotta gnocchi with pumpkin puree, crispy kale, marinated artichoke and parmesan. There might have been a bit more potato in the gnocchi than some would like but it was perfectly made and cooked and the puree smooth and tasty. Both dishes were great value at $26 and $23 respectively.

Wrap all of this up with the ability to BYO and friendly attentive service and it's well worth the trip down Peninsular road to check it out.

I know we will be back there soon. 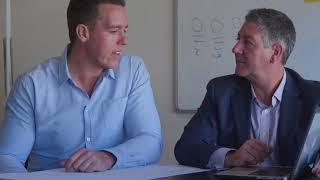